Say Hi to little Sophie, check her out along with her brothers on the "Puppies available for sale" page. 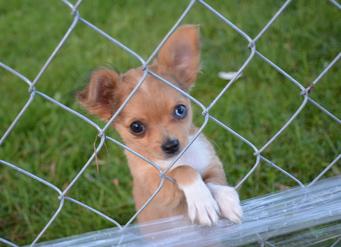 V.I.P member - reserve the right of first purchase from a current litter, or any litter after that until you find your perfect baby. Non refundable $250 retainer fee to put your name on the list. Deposit deducted from purchase price.

Although hairless dogs have been found in many places in the world, the breed was believed by some to have originated in Africa and was called the African Hairless Terrier in several 19th Century texts, however, there is genetic evidence that shows a shared origin with the Mexican Hairless . The current name of the breed likely comes from their use on Chinese ships to eradicate the rodent population . They are also believed to have been bred as a companion for physically handicapped and as such can remain healthy with little exercise. 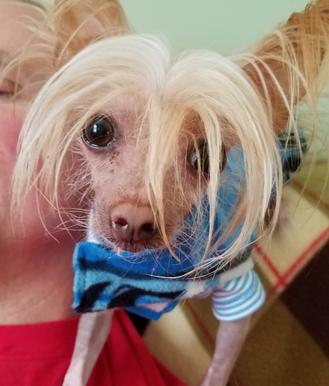 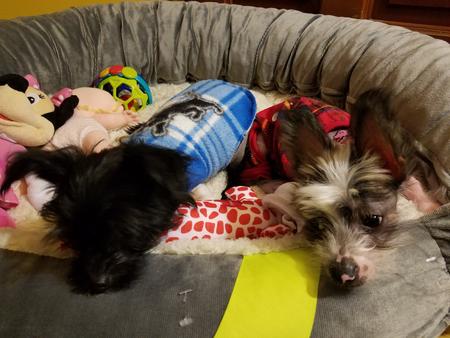 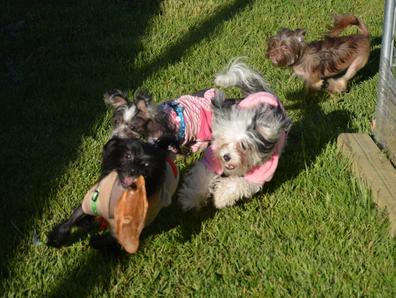 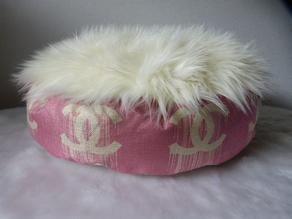 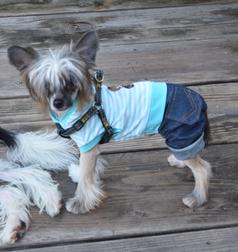 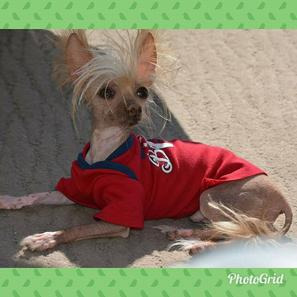 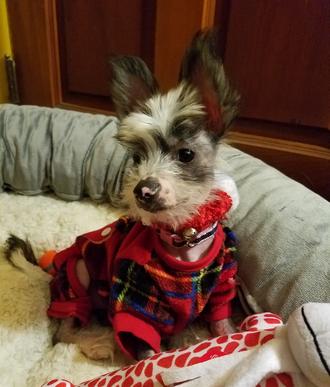 If ​you like this artwork checkout our information ​page 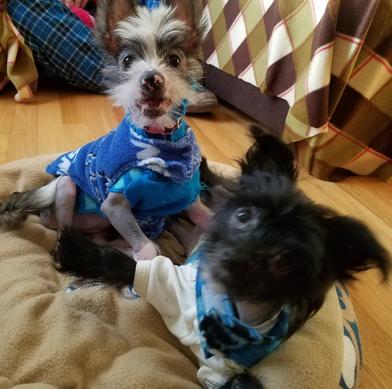 For more check out our "Products We Like" page 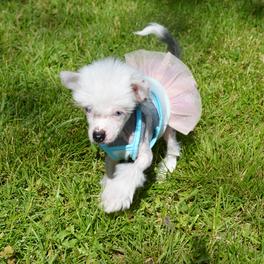 The reason our retainer fees($200-$500) are non-refundable is due to the fact that the dog is taken off the market based on our promise to hold the puppy for you. We appreciate your understanding and commitment to purchase your puppy. 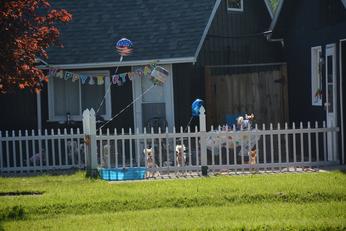 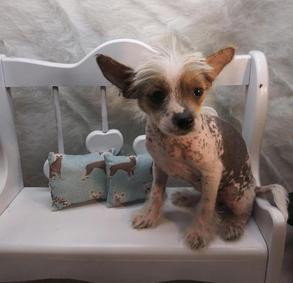 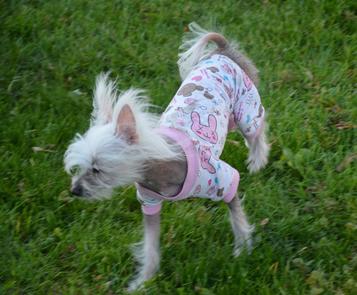 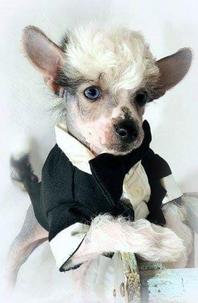 7 Facts You May Not Know About Chinese Crested Dogs

by Dina Fantegrossi on September 2, 2016

Although the Chinese Crested comes in two varieties – Hairless and Powderpuff – it is the Hairless variety that most people picture when they think of the breed. In addition to their unique appearance, there are several interesting facts about these loyal little dogs you may not be aware of.

1. The Hairless variety is genetically dominant to the Powderpuff.

Within a single litter of Chinese Crested puppies you may find both varieties. The Hairless type have silky hair on the tops of their heads, lower legs/feet and a plume on their tails, while Powderpuff pups have a full coat of lovely white hair all over.

As odd as it may seem, the genes that create the distinctive hairless appearance are actually dominant to those of the more mainstream Powderpuffs. It is not possible to “breed out” the Powderpuffs because all Chinese Cresteds carry the recessive gene.

2. They have a lot of hair for “hairless” dogs.

In addition to the hair on their heads, tails and hocks, Hairless Chinese Cresteds actually have quite a bit of “body hair.” It is sparse like human body hair, rather than a full, dense coat. This hair should be kept shaved back in order to keep the skin healthy, meaning that they require a good bit of grooming. Allowing this hair to grow out really doesn’t help with warmth; Cresteds are better off wearing sweaters in cool weather.

3. They do not need to use sunblock or moisturizer.

The skin of a Chinese Crested is most likely to stay healthy if no products are applied at all. However, bi-weekly bathing is recommended. T-shirts help protect Cresteds from sun damage and veterinarians can recommend products for skin conditions like acne if needed.

The breed is believed to have originated in Africa, but a close genetic tie with the Mexican Hairless Dog has also been identified. The dogs likely got their name from having been used as ratters on Chinese ships around the 13th century.

5. They were bred to be companions for invalids.

There is a reason these dogs are so fiercely devoted to their owners; they are believed to have been bred for the purpose of providing companionship to sick and bedridden humans. To this day, you won’t find a better couch potato to snuggle with and they often prefer to sleep under the covers at their human’s side.

6. They are surprisingly athletic.

Despite their breeding history as leisure pets, Chinese Cresteds have a high capacity for athleticism. They excel at agility competitions and are often able to scale high fences – if the mood ever strikes them. Luckily for Crested parents, the wander lust of the breed is very low. They prefer to stick close to home.

7. A Chinese Crested has won the annual world’s ugliest dog contest 10 out of the last 16 times.

It may sound cruel, but the Annual World’s Ugliest Dog Contest actually celebrates dogs who are different and helps to raise awareness about shelter rescue and adoption. From the years 2000 – 2016, ten of the winning dogs were Chinese Cresteds or Crested Mixes – many of them rescues. The goal of the competition is to show that no matter their physical appearance, all dogs are deserving of love. 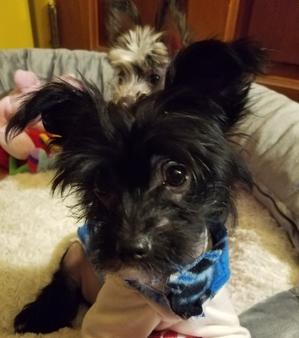 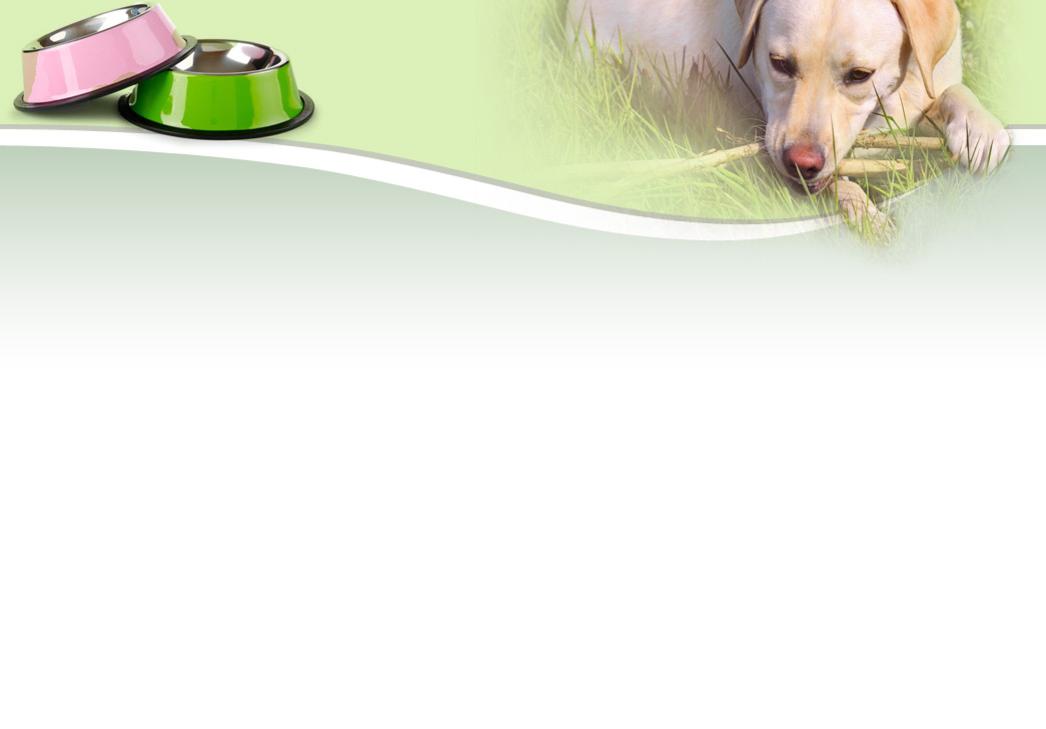 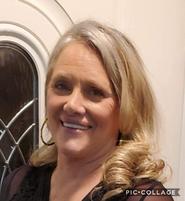 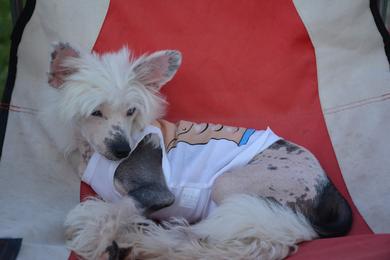 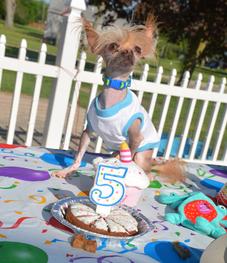 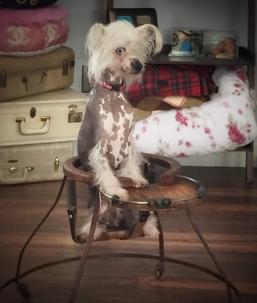 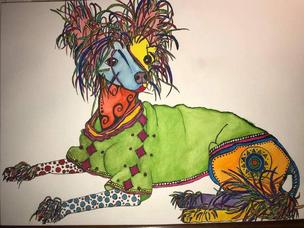 Our mission is simple: To provide the best cared for quality puppies. 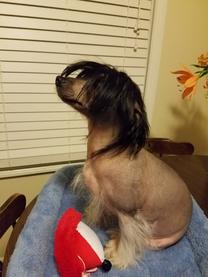 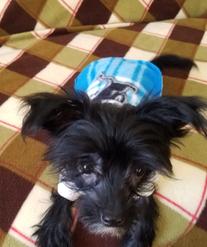 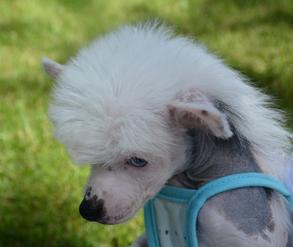 Precious on the go 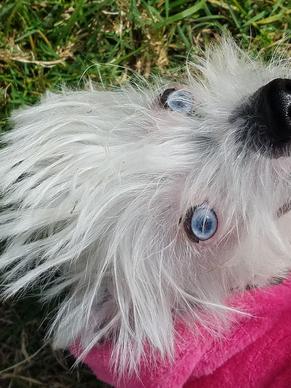 We promise to do  our best to satisfy your needs. 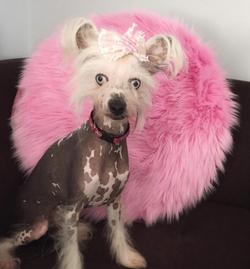 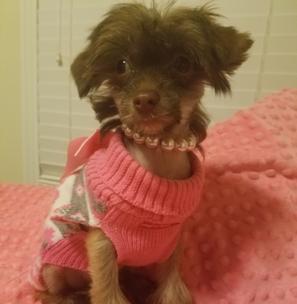 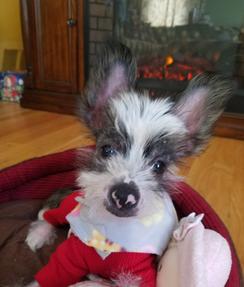 Purchases and Retainer fees are non-refundable.

Call about reserving a future puppy.